Ohio, otherwise known as “The Buckeye State” is a well-known state in the midwest. This week we will be visiting our 17th state to find all the best things to do in whatever area you are visiting, and to find out why it is the seventh most populous state. No matter what part of Ohio you’re traveling to — whether it’s a bustling city like Columbus or a small town like Chagrin Falls — there are tons to do throughout the state, and you are bound to run into some adventure!

Speaking of adventure, it is only right that we start with Cedar Point, which is considered the “best theme park in the world.” The park sits on 364-acres of land on a peninsula on Lake Erie and has 71 rides, including 17 rollercoasters, 6 of which are higher than 200 feet! It makes sense why the park is often referred to as “America’s Rollercoaster.” Cedar Point is the second oldest operating theme park and averages about 3.6 million visitors a year — making it the most visited theme park in the country. If you’re looking for some thrill, Cedar Point is the perfect place to take the family.

For all our music lovers, make sure to check out one of the biggest attractions Ohio has to offer — the Rock and Roll Hall of Fame in Cleveland. The museum was opened in 1986 and inducts new members each year, some of which include Elvis, Michael Jackson, and B.B King. The 150,000 square feet attraction sits on Lake Erie and holds tons of original artifacts from musicians, producers, and performers.

While of course, Ohio is known for its famous cities, it is also known for its farming, which has always been a major economic activity in Ohio, corn production to be specific. Ohio has always been ranked as one of the highest corn producers in the world, making the United States also a top producer of corn. Almost everywhere you go in Ohio, you will see a cornfield. Located in downtown Marion is The Marion Popcorn Festival — the largest popcorn festival in the world, hosting more than 250,000 people annually, since 1981. Along with trying all the best popcorn, visitors will get to enjoy live music, competitions, and games!

Of course, you can’t take a trip to Ohio without visiting its capital, Columbus. There is a lot Columbus is known for such as having one of the largest universities in North America, one of the country’s most famous zoos and one of the best park systems, in fact, Columbus is home to over 15 parks. The Franklin Park Conservatory and Botanical Gardens sits on 88 acres of land and is filled with color and life. The park is open year-round and has a new theme for each season! If you are in town on a Sunday, make sure to check out the North Market Farmer’s Market to get a taste of the local food. With over 20 farmers selling their fruits, vegetables, herbs, honey, and even flowers, there is no better way to dive right into the local cuisine.

Cincinnati is another major city to visit in Ohio, in fact, it is Ohio’s largest metropolitan area, and third largest city. Downtown you will find Fountain Square, where you will get a taste of all of Ohio in one place. Here you will find local shops, restaurants, free concerts, game nights and even ice skating in the Winter. It is the perfect place for locals and visitors to hang out and enjoy the atmosphere. The fountain was founded in 1871 and has been renovated since, but still features a beautiful statue and running fountain. Don’t forget your camera for this stop, you will want to capture that fountain!

We hope you enjoyed your trip around Ohio! If you made any stops to the places we’ve mentioned, or found any new stops of your own, make sure to send us pictures. We can’t wait to hear all about your trip! Don’t forget to join our email list and your photos might even be featured! 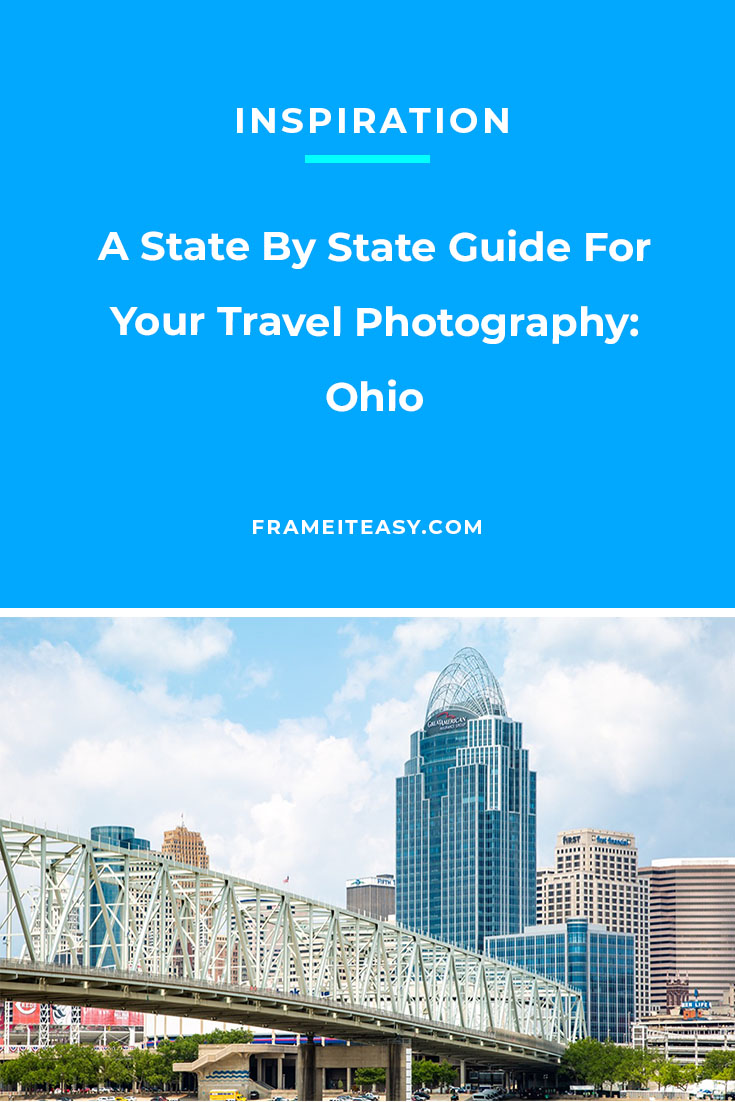 10 Home Decor Color Schemes (With Frames To Complement Them)