Iowa, otherwise known as The Hawkeye State (said to have come from the Indian scout Hawkeye in James Fenimore Cooper’s The Last of the Mohicans) is bordered by the Mississippi River to the east and The Missouri and Big Sioux Rivers to the west. And in between are some pretty cool sights to see, history to discover, and fun facts to learn.  As we tour this midwestern state we’ll explore some popular spots as well as off the beaten path places that make Iowa, named one of the safest states to live, a fun place to visit as well.

The Iowa Great Lakes in the northwestern part of the state is a popular summer attraction for families who enjoy all the recreational activities the lakes offer including bike trails, restaurants, shopping, and of course beautiful blue waters to cool off in. Apparently Iowans in this section of the state love their sweets too. The famous Blue Bunny Ice Cream was invented in nearby Sioux City. And Onawa, which boasts a casino and the widest Main Street in the world (150 feet) is the birthplace of the Eskimo Pie. A young boy sitting in a candy shop couldn’t decide on an ice cream or a chocolate bar, so the owner got to work and, as they say, the rest is history.

In the top three of agricultural producers in the United States (corn, soybeans, and pigs), the capital city of Des Moines has been host to an annual State Fair since 1954 every August that attracts more than one million visitors each year. And every year since 1911 has seen a cow sculpture using more than 600 pounds of butter. For reference, that’s enough to butter 19,000 pieces of toast. And speaking of toast, Des Moines is also the birthplace of the inventor of sliced bread, Otto Rohwedder.

The capital city has plenty to offer its visitors the rest of the year, and food is one of them! Foodies from all around the world come to visit Des Moines’ food scene.  A Food & Wine article points out all the cool places to eat and drink around town, including cheese bars, desserts shops, breweries, and even the best convenience store pizzas. And if you need to walk off all that food, head over to the John and Mary Pappajohn Sculpture Park  a 4.4-acre trail around the downtown area featuring sculptures by 25 different artists and touted as one of the best places to take pictures!

On the eastern side of the state follow the Mississippi River along the Great River Road National Scenic Byway to experience breathtaking views of ever-changing landscape. Check out this brochure we found for the endless things to do along the 328 mile trip. We suggest stopping at Burlington for a peak at Snake Alley. You may think San Francisco’s famed Lombard Street is winding, but this is truly the most crooked street in the world!

In your travels down the coast don’t forget to stop in to visit Cedar Rapids, a hub of art and culture. Another great side trip is to Iowa City for a visit to the University of Iowa, ranked as one of the top 5% universities in the United States. It has both natural history and art museums, but we love the fact that the trampoline was invented here by gymnast George Nissen. If you feel inspired, the city has several “air parks” for you to try out your tumbling skills.

We hope you’ve enjoyed learning some fun facts about the state of Iowa and some of the fun things to see and do there. We hope if you have the opportunity to visit you will check out some of our suggestions, and don’t forget to bring your camera and take some great pictures. We would love to see them, so pick some of your favorites and get them framed! 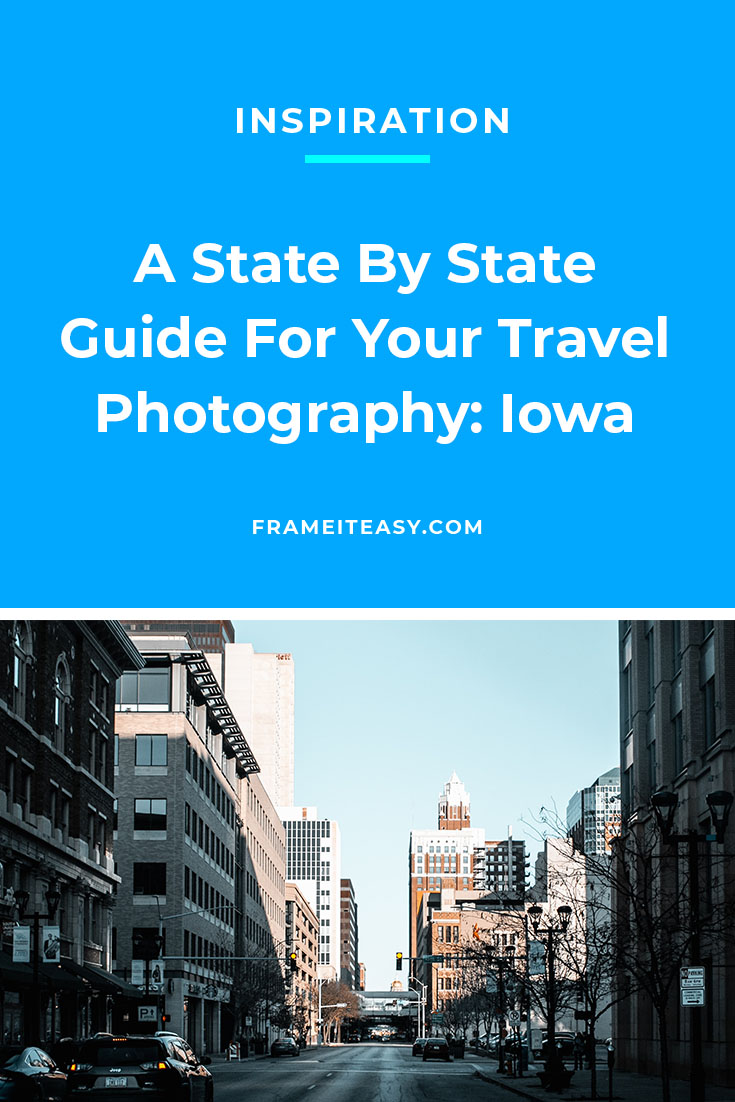