You just moved into your new place, and you’re excited to move in, get settled, and, of course, put all your favorite frames on the wall. But you run into a slight issue; the place you just moved into has drywall — that weaker form of siding that isn’t the best for holding frames, even if ours are somewhat lightweight. This is why we created this guide on How To Hang Your Frame On Drywall.

This can cause some frustration; you want your place to look its best, and the drywalls are creating an obstacle. Sometimes the walls can’t hold the screw you put into them, and that causes a big issue. This not only hampers your display but puts your frames in jeopardy, too. Frames aren’t built to sustain falls.

But we’re here to help. Even if you live in a place with the most brittle of drywall, there are steps you can take to ensure your frames hang for years to come, and they only come down in the event of you moving, or doing an impulse rearranging of your living space!

Use The Stud Behind The Wall

Drywall needs a foundation, just as any other building. For drywall, it’s a series of wooden panels called studs; they essentially act as the wall’s frame. Because, as we already stated, drywall isn’t very sturdy on its own! So it needs something to lean on so it doesn’t collapse on itself. The stud is usually solid wood and could do most of the legwork in keeping your frames up.

Drive the nail into the wood panel; and then hang your frame off the nail, and you should be all set.

But sometimes it’s not that easy. How do you find the stud behind the drywall? Let’s get into that. Just so you can do everything yourself, and get your frames on the wall as fast as possible.

How To Locate the Stud on The Wall

If you have some disposable income and want to do things in a quicker and more fancy way, there are tons of stud locaters you can purchase at your local hardware store — or online. While we can’t recommend one over another, as we don’t produce them, it’s still probably the easiest way to find a stud behind your drywall and get your framing journey fully underway. And it’s pretty simple how a stud finder works; you just run it along the wall and wait for the device to indicate that you are hovering it over a stud. From there, just mark the location with a pencil, and you are good to go.

Another low-tech trick you can try is just shining a flashlight on the wall and look for irregularities — things that disrupt the smoothness of your wall. Those might be caused by nails or other such tools that fasten the foundation to the wall itself — in other words, the stud. You could try locating that and testing it out by hammering the nail into the wall. If everything holds after putting the frame on the nail, you should be good to go!

Studs can range anywhere from 16″ to 24″ apart, depending on the exact function they perform. So once you find one, finding others shouldn’t be too difficult. A measuring tape might be handy, though, for spacing everything out and making sure things are all accurate!

Getting The Hang Of It

Drywall can definitely be challenging. It’s not the strongest material, and if you aren’t careful, it can cause a frame avalanche, which is not something anyone wants. Luckily, though, drywall has a foundation of studs that’s a bit stronger than it is, which can support the weight of your frames just fine.

Of course, if you have any other questions, you can feel free to reach out to us; we’d be happy to do our best to help you out. 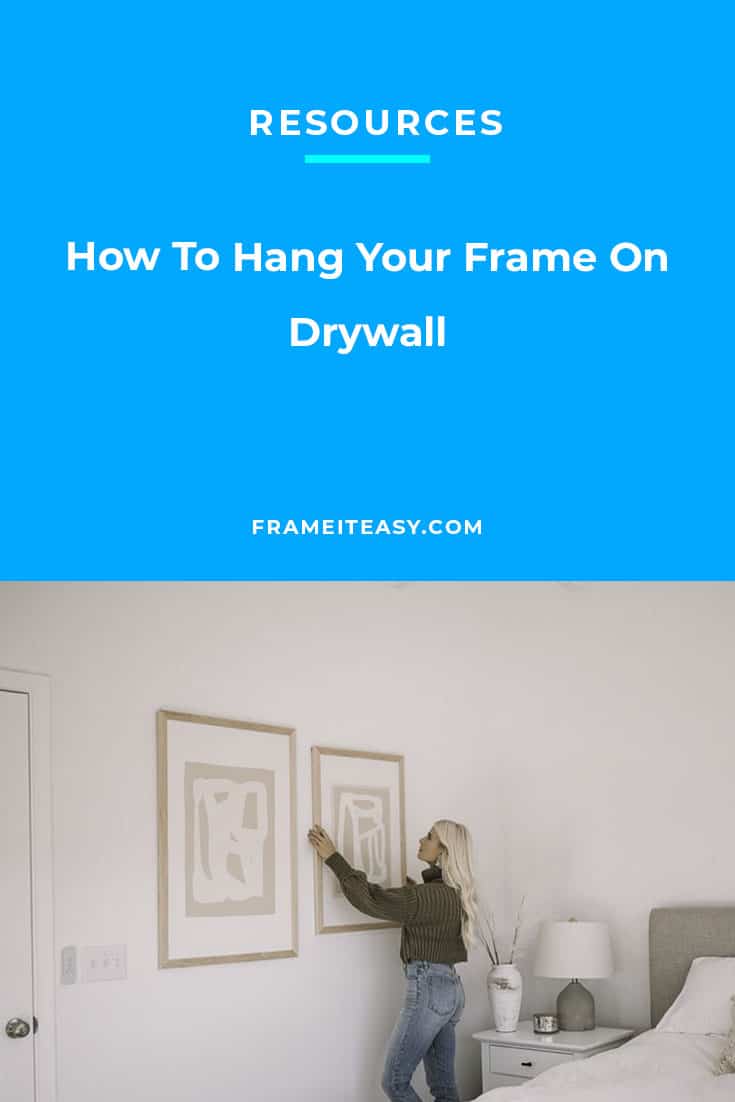 4 Reasons Our Framing Service is Eco-Friendly